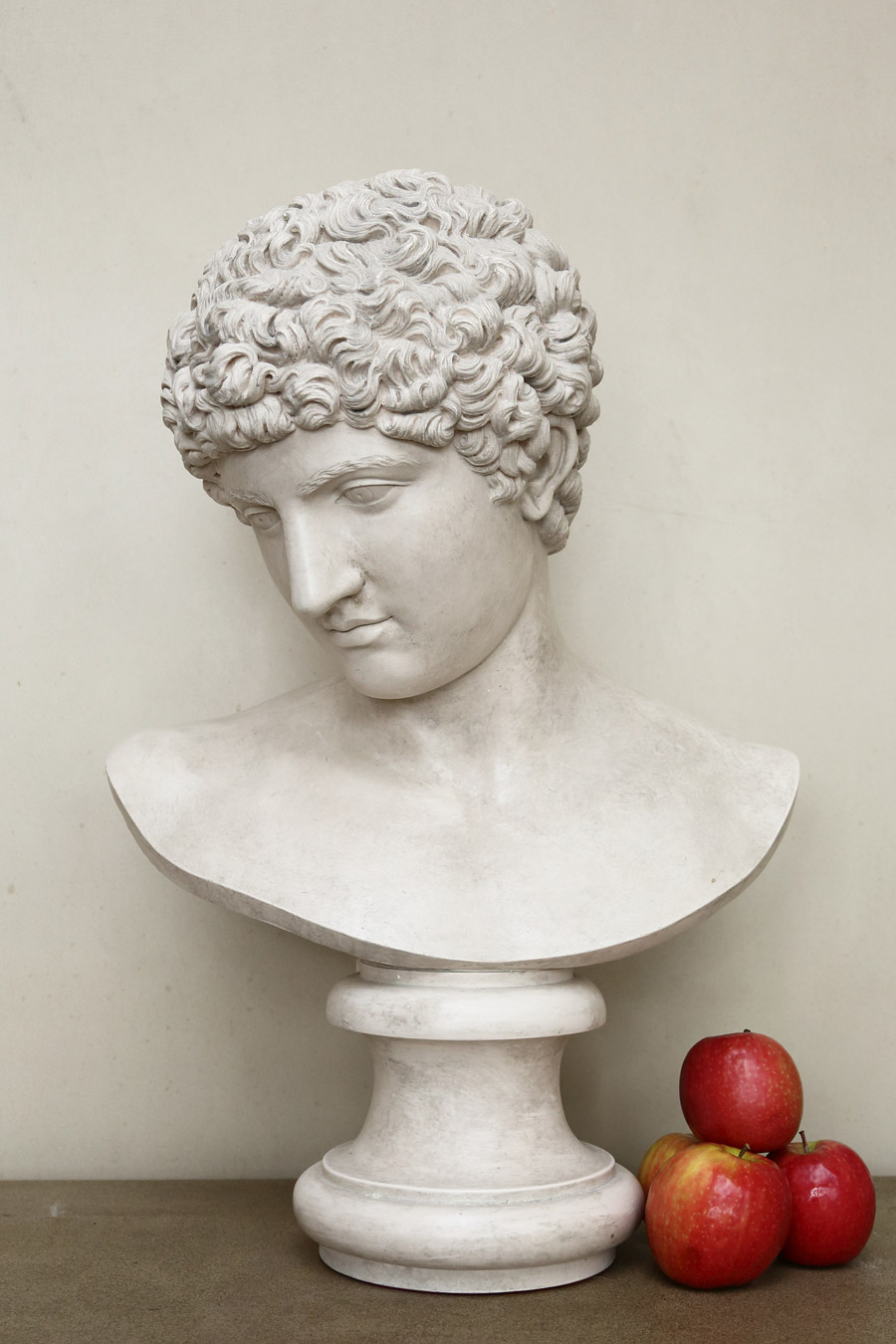 Provenance: There are many sculptures of Antinous remaining and this one is probably copied from the example in the Fitzwilliam Museum.

Antinous was the friend/lover of the Roman emperor Hadrian and they met in c. 123. They toured the Roman Empire, North Africa and the Middle East; the cult of Antinous developed and, on his death, Emperor Hadrian had Antinous deified and the city of Antinopolis, Egypt, built in his name.