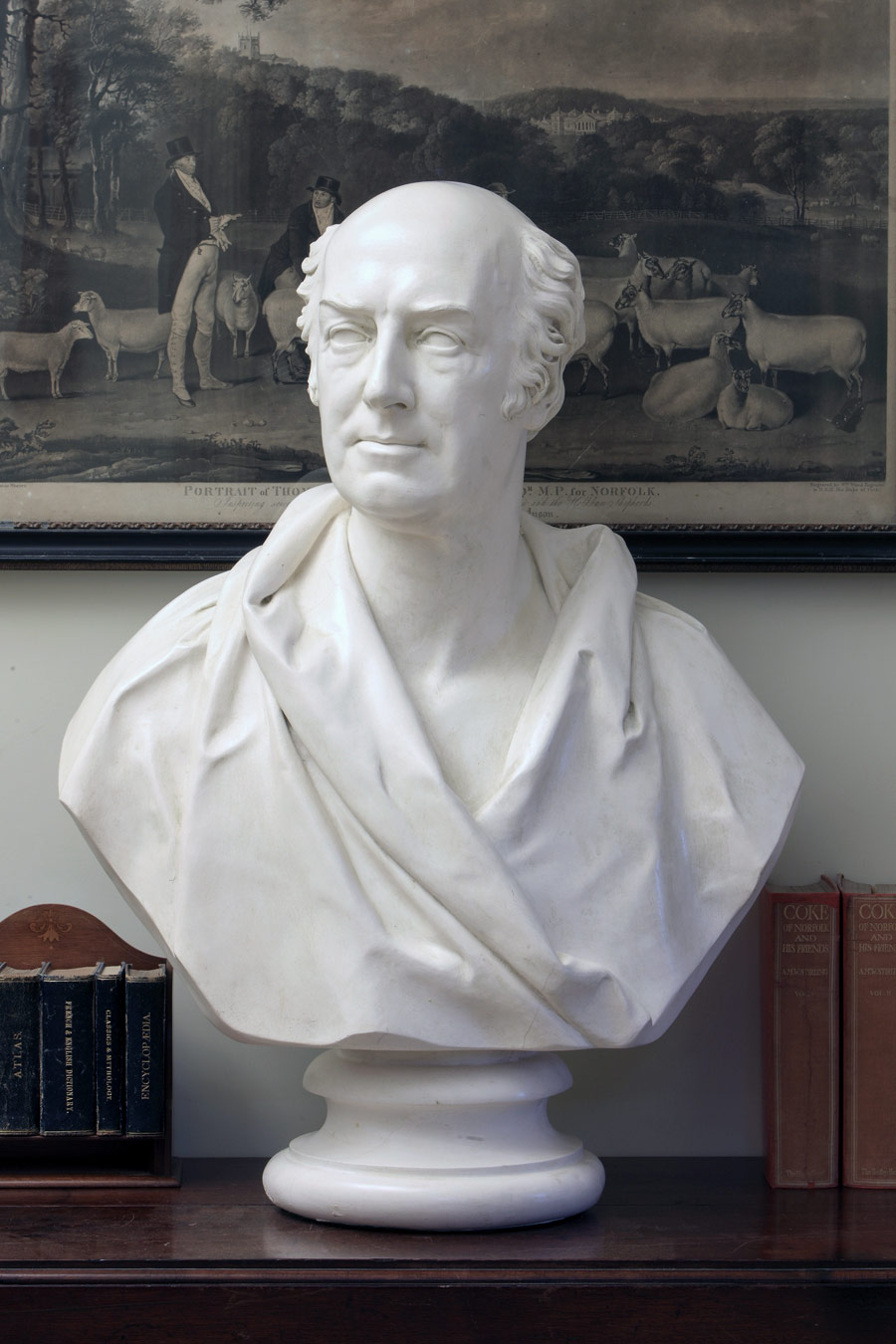 Copy of a Marble of Thomas Coke, 1st Earl of Leicester of the Second Creation, "Coke of Norfolk"

Provenance: Inscribed "Presented to Holkham as a mark of esteem By Chantrey Sc. 1829".

"Coke of Norfolk" introduced improvements in livestock and wheat farming on his estate at Holkham which raised his revenues tenfold. He was also active as a patron of the arts. In 1828 he ordered from Chantrey busts of himself and his great uncle, the builder of Holkham Hall. The latter, completed in 1830 from a model by Roubiliac, cost £50, while Chantrey waived the agreed price of £157. 10s. for the former, when he presented it to Coke in 1828. This bust is one of Chantrey's most handsome creations, and the touches of virtuoso texturing with chisel and rasp combined to produce a surface of considerable vitality.