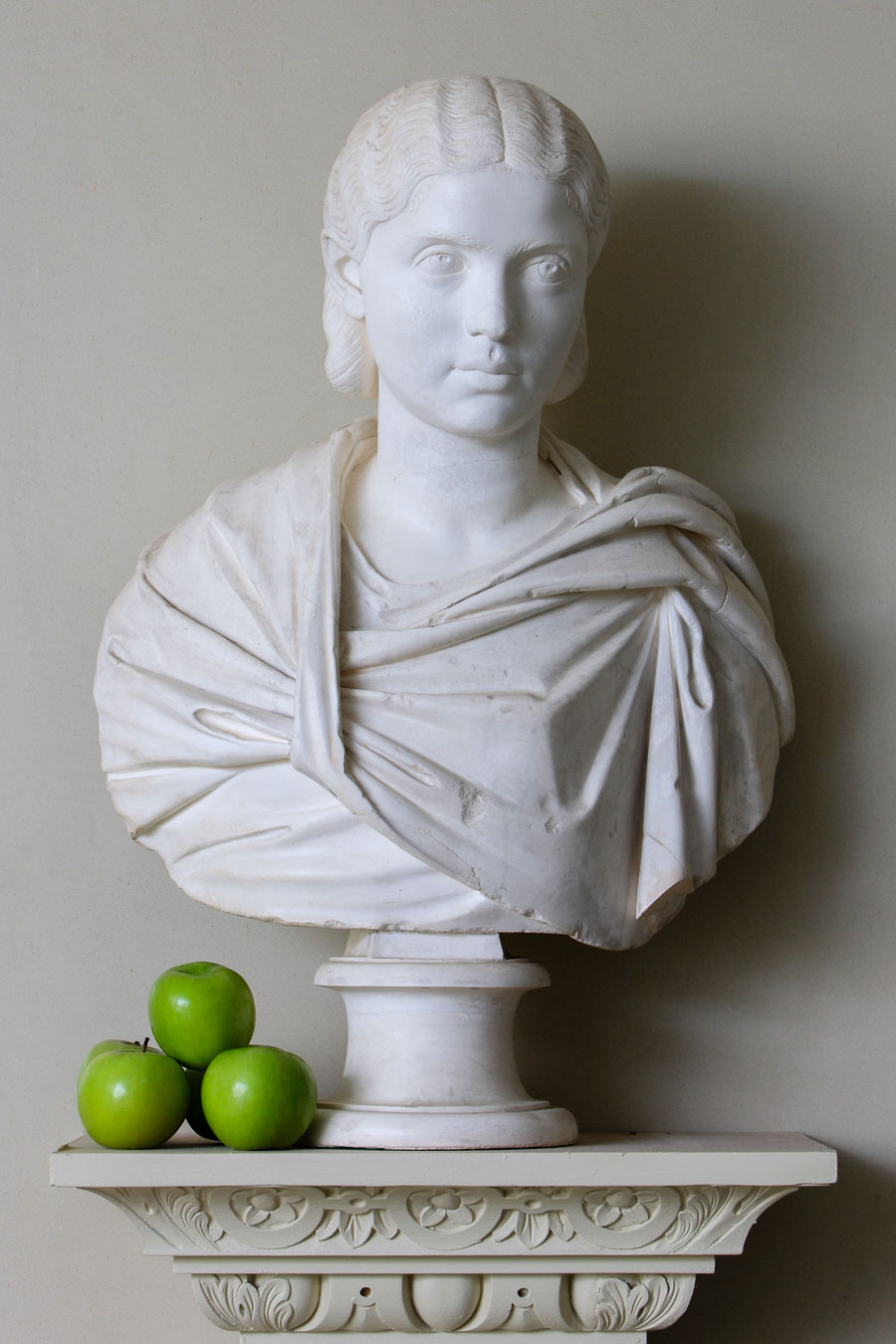 Copy of The Empress Salonina

Reproduced from the Holkham marble purchased in Rome from the Palazzo Barberini by Matthew Brettingham for Thomas Coke, together with a bust of Aelius Verus, for 100 crowns. Shipped to England on 2nd February, 1754, it was described by Brettingham as a good antique bust of Empress Salonina.

A charming young lady demurely tilts her head to her left, gazing upwards. The whole effect is delightful, and the work has more charm and expression than many portraits of Roman ladies. Salonina Augusta was the wife of the Emperor Gallienus, who ruled Rome from AD 253 until 268 when they were both murdered at the siege of Mediolanum (Milan). Followers of the philosopher Plotinus, they proposed the creation of a city of philosophers near to Rome. Salonina's sons Valerian II and Saloninus both succeeded Gallienus as emperor.