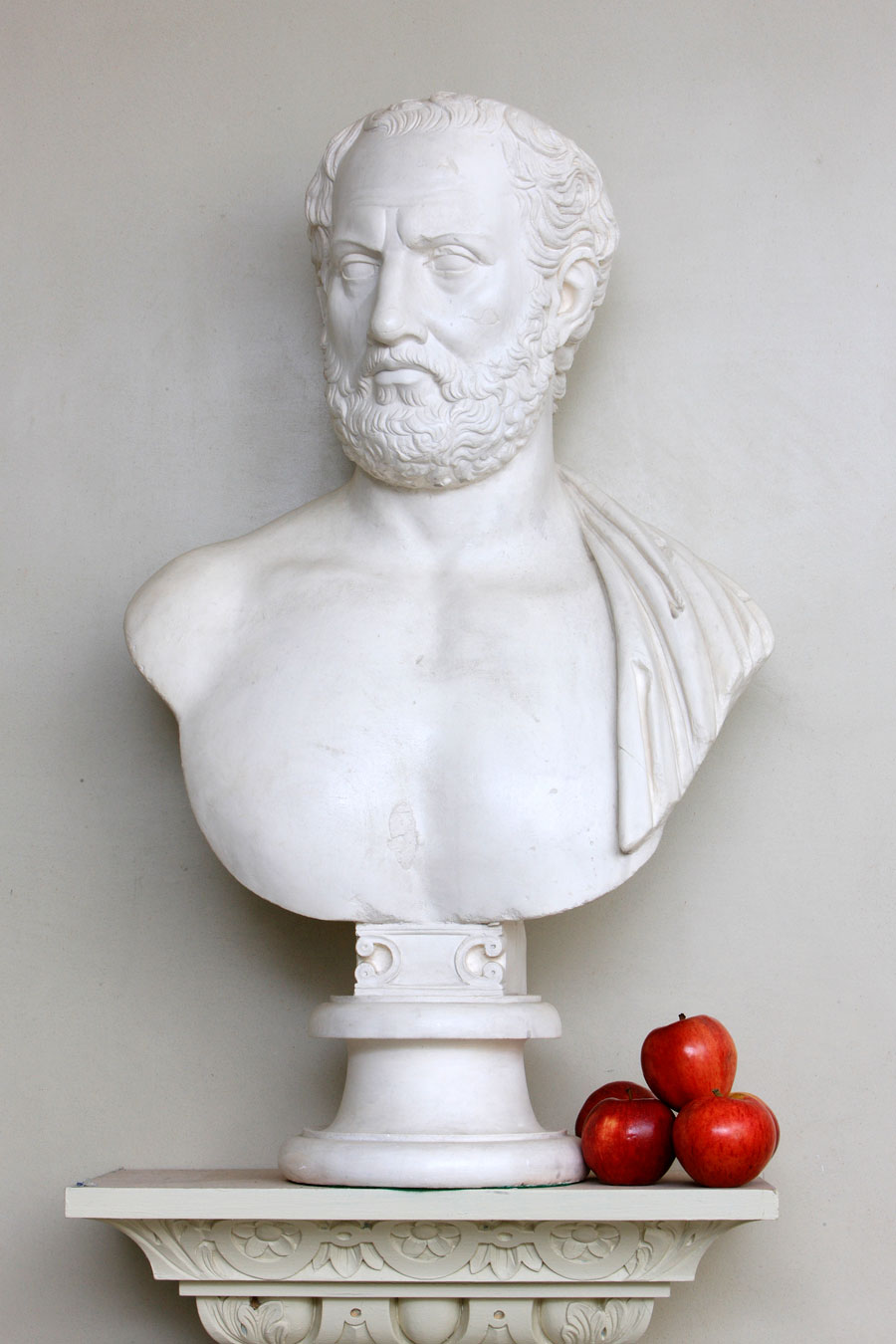 Athenian General
Author of the History of the Peloponnesian War

From the original Holkham marble bought in Rome by Matthew Brettingham for Thomas Coke as a bust of Metrodorus. It was shipped to England on 7th March, 1754, aboard the Anna Maria under Captain Elias Hampton.

Excellent execution, powerful characterisation and splendid condition make this portrait of the greatest of all ancient Greek historians the gem among the many splendours of Holkham.

Thucydides (460-400 BC), shown as a man in late middle age with a strong-boned, squarish face, was an Athenian and a contemporary witness and active participant in the struggle between Athens and Sparta. It was his account, the History of the Peloponnesian War, which was the first recorded political and moral analysis of a nation's war policies, and the work initiated the idea of recording the history of a conflict from the very moment of its outbreak, thus beginning the concept of contemporary history.