Sarah, Countess of Leicester, administered Holkham Pottery from 1986 until 2005. She started making the plaster busts in 1998 as an additional arm of the Pottery.

In that year, she commissioned a life size bronze statue of her husband The 7th Earl of Leicester and his dog, which sits on a wooden bench in the park at Holkham. It occurred to her that casts of some of the Roman busts would be an extra attraction in the shops at Holkham.

All the busts, with the exception of Antinous and Venus are in the collection at Holkham. The casts are made with Jesmonite plaster – the hardest of plasters – and they are distressed and polished by hand, to make them resemble as near as possible, the originals. When making the moulds for the busts, the silicone rubber moulds were placed directly onto the original marbles, thereby giving a very fine and detailed cast.

Please note that, as the busts are made of plaster, they are for indoor use only. 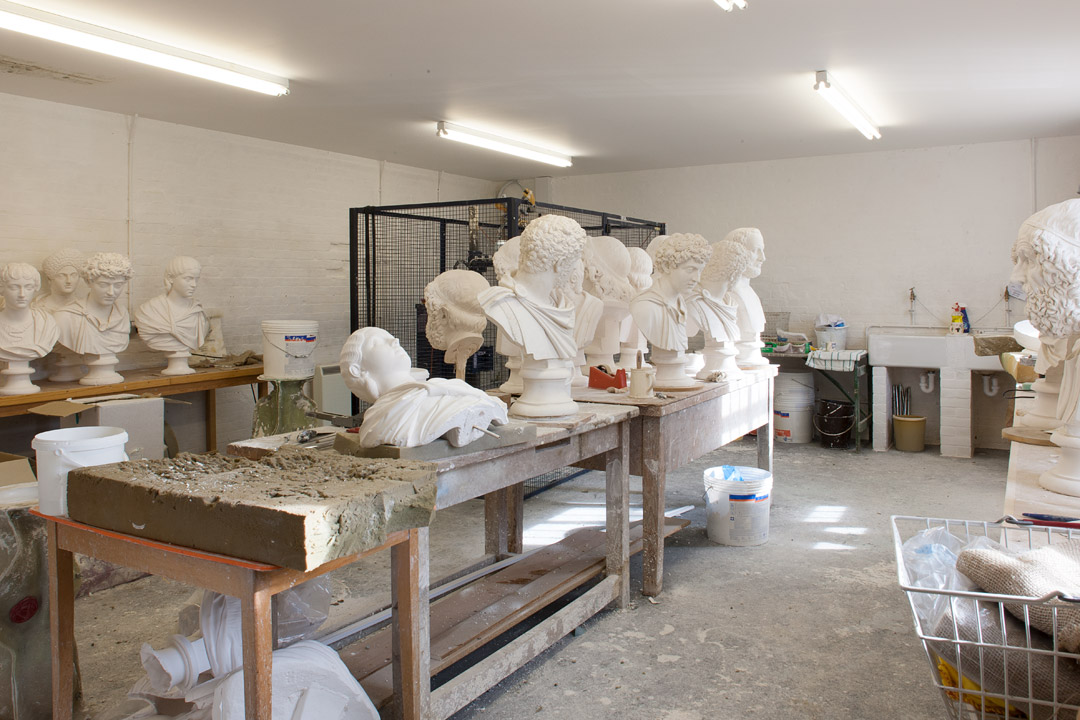 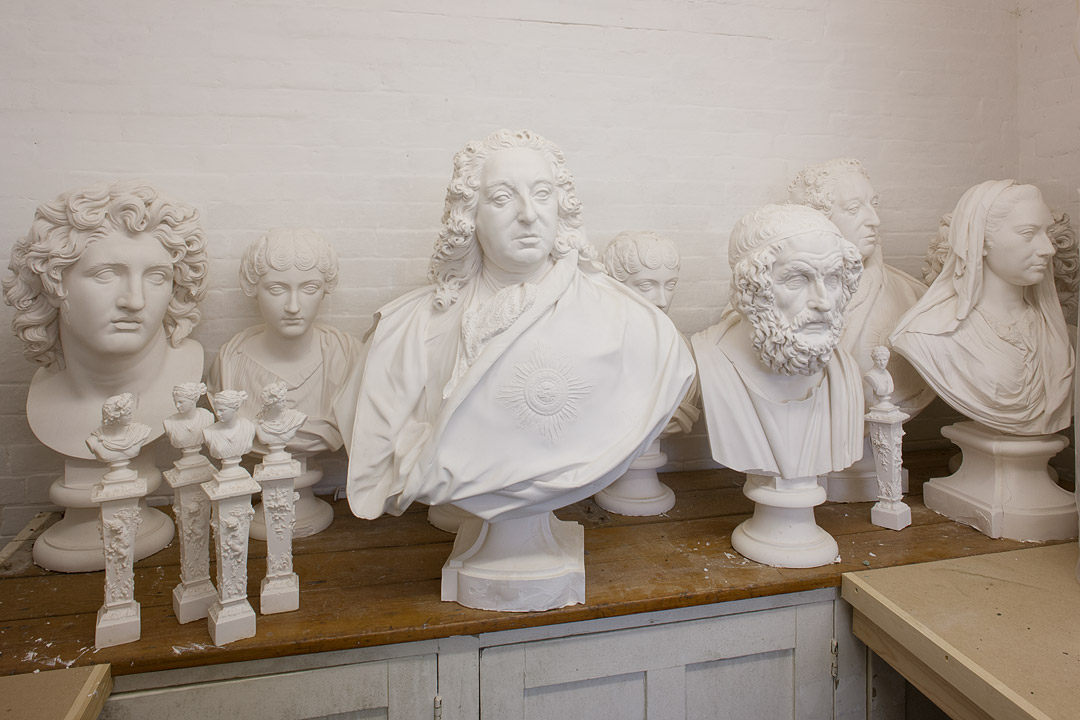